How Should Pipes Under Sink Look?

Have you ever wondered why all pipes under the kitchen sink have a U-shaped design? Although most people don’t know why the curve exists, it’s something you expect to find under the sink.

The drainage of a kitchen sink comprises several components. Water from the sink passes through the strainer to the drain’s tailpiece to the rest of the pipe drain. If you have a garbage disposal, a special strainer body enables direct mounting to the drain pipe.

This article discusses the different pipe designs expected to be found under kitchen sinks.

Types Of Plumbing Under Kitchen Sinks

There are two categories of kitchen sink plumbing. They include:

The single basin plumbing is where one horizontal pipe drain connects one sink to the trap and is the most common among households.

The double sink plumbing is where the horizontal drain pipes of two sink bowls meet at one trap. From the trap, water from both sink pipes drains directly to the sewer line.

This type of plumbing is ideal for people with two sink bowls, and they need to save on cost and space.

All kitchen sink pipes have a drain trap. The trap is a mandatory plumbing fixture that retains water that traps debris and prevents dangerous sewer gases from reaching the sink.

The two types of drain traps are:

The S-trap design is a more conventional kitchen sink drains common from as early as the 2oth century. However, the design was prohibited by the Universal Plumbing Code because of the failed functionality of the trap.

The S-trap has an inverted curved design with no horizontal trap arm. Instead, the trap curves downwards, then upwards, then downwards again, just like the letter S. From there, the ‘S’ curve connects to the sewer pipe in the floor.

Consequently, when water drains from the sink, the S-trap tends to siphon water, creating an open airway from the sewer drain pipe and up to your sink. Therefore, toxic and smelly gases from the sewer line are then allowed into your home.

It’s not advisable to install an S-trap under your kitchen sink since the gases not only pollute the air but are detrimental to your health.

The name P-trap derives from combining two 90 degree joints with a horizontal drain pipe that gives the fixture the shape of the letter P. The bend usually is 1.5 inches wide and is made of PVC or stainless steel.

The P-trap is the most common trap in modern kitchen sink drains. The trap consists of:

Functions of a P-Trap

The trap stores water that absorbs any toxic sewer gases and preventing them from diffusing back to the sink drain and into your house. The sewer gases are incredibly smelly and detrimental to your health.

As long as the water is present in the curve, sewer odors cannot reach the sink. However, if there’s a foul smell in your kitchen, it indicates that the trap is empty. Two main reasons cause an empty trap:

When you clean your dishes, food particles are likely to go down the drain. When the particles reach the curve, they dissolve in water and get flushed out with new water.

Therefore, clogging resulted from food waste build-up is prevented by the plumbing trap.

When small objects fall down the kitchen sink drain, they fall into the trap. If you accidentally drop an earring or wedding ring in the sink drain, ensure it’s not lost. You can easily retrieve the object by dismantling the trap.

How to Replace the P-Trap of Your Kitchen Sink

Is there a leak under your sink? Is your trap corroded? If yes, then there is a need for replacement.

To help you replace the trap arm, here are some steps to be followed.

How Far Should the Trap Arm Be From the Sink Drain?

Various factors determine the length of the tailpiece connecting the drainpipe to the trap. Although some requirements are mandatory for all sinks during installation, ensure professional plumbing guidance to be certain of the correct measurements.

Building codes do not have the minimum required vertical distance between the sink drain and the trap. However, various factors determine the minimum tailpipe length for a particular installation.

The trap arm that connects the vent pipe horizontally to the curved trap should slope 0.25 inches per foot, sloping upwards towards the drain. In case the vent pipe has an installed connection to the sink, the position of the connection is a significant determiner of the trap’s location.

If there is a pop-up drain in your sink, the length of the tailpiece should be long enough to accommodate the drain system of your kitchen sink. If the drain system is not a barrier but the vent pipe is absent, measure the distance between the top of the trap connection and the drain elbow.

The difference between the two pieces is the minimum length of the tailpipe.

The Universal Plumbing Code states that the total measured length of all fittings connecting the drainpipe to the plumbing trap should be 24 inches or less.

Most plumbing fixtures are designed for their functionality rather than an artistic look. The plumbing trap is no exception. Hopefully, this article has given a better understanding of the importance of traps below your kitchen sink.

Does Sink Water Go to the Septic Tank?

What Not to Put in Sink Garbage Disposal

Do Sinks use Electricity to Operate?

How To Drain a Utility Sink In the Garage

Should Sink and Toilet Match? 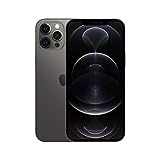