How to Filter Salt Water for Drinking

Salty water, also known as saline water, contains a high concentration of soluble salts. Seawater is well known to contain salt levels that are harmful to the human body.

When consumed, salty water becomes toxic hence the need to drink more freshwater for the kidneys to work efficiently. Seawater consumes a large percentage of land compared to freshwater, thus purifying it through the desalination process to provide safe and fresh drinking water.

The human body discards salt through the kidneys. They, therefore, produce urine, which uses freshwater to dilute the salts in your body. Failure to that, the cells in your body release water through osmosis hence dehydrating and end up dehydrating the whole body, which may prove fatal.

Can You Filter Salt Water to Make it Drinkable?

You might often go swimming at the beach and found yourself swallowing several gulps of seawater.

You might ask yourself how people from areas without freshwater survive. Or if you can find a way to filter saltwater to make it drinkable.

Well, seawater has the highest concentration of salt, which is not suitable for drinking. Following this situation, several desalination plants have been set up to make saltwater drinkable. The process mainly used is through desalination.

Water desalination is when minerals and salt are separated from the salty water, producing pure water suitable to drink. Several types of water desalination can be put under three categories. These are: 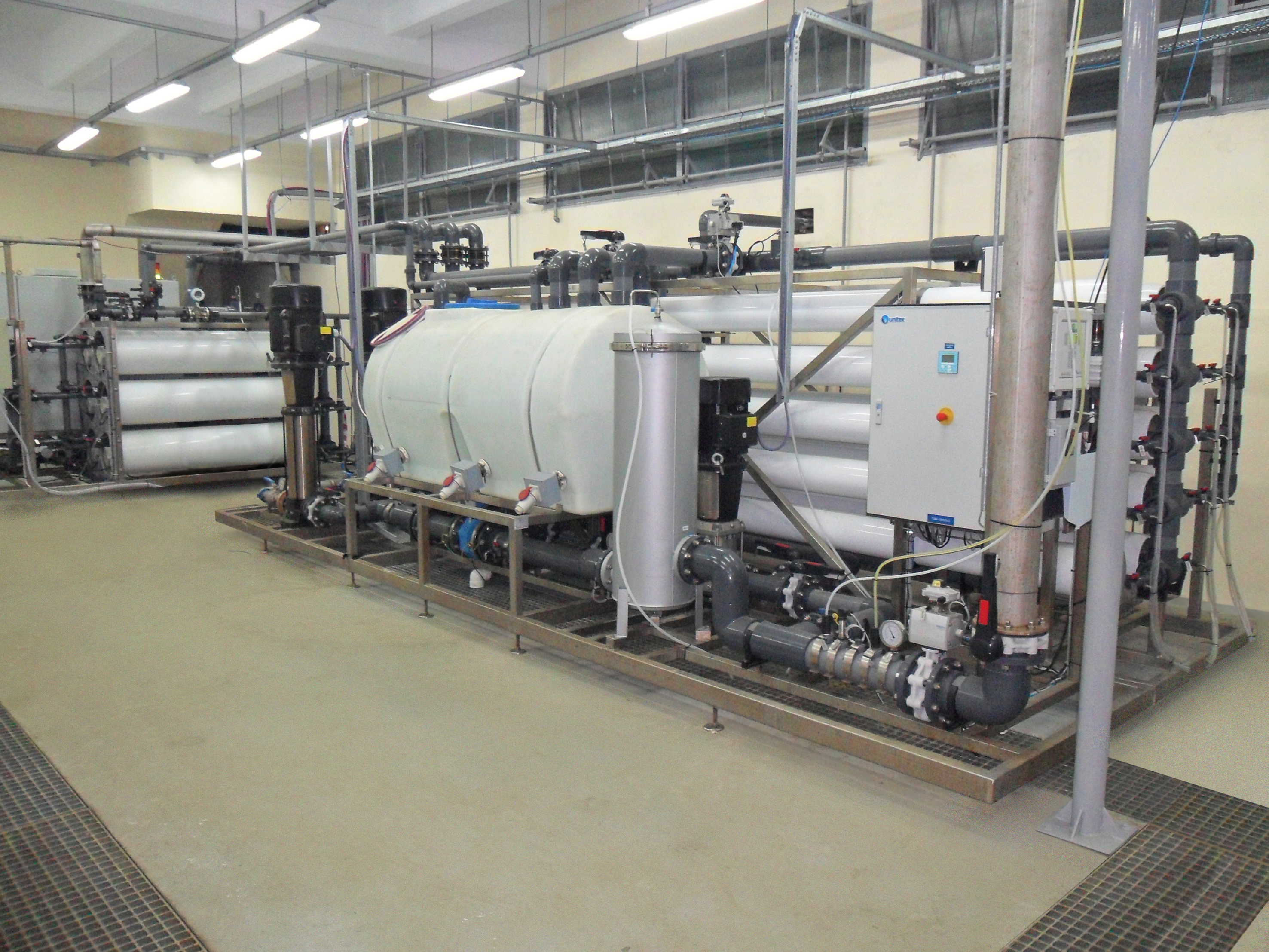 This type of distillation uses contrast in temperature across the membrane to evaporate the vapor from the salt solution and condenses on the other cooler side of the membrane. The desalination process to be used can either be through reverse osmosis or forward osmosis.

Through this type of desalination, semipermeable membranes are used. The pressure is applied on the feed side to induce water’s ability to permeate while rejecting salts and any other mineral. The reverse osmosis plant membrane processes consume less energy compared to the thermal desalination process.

A thin film of composite membrane is used during the reverse osmosis, an extra thin, polyamide film. This film enables the membrane to transfer its contents and the polyamide film also provides technical support.

Through this process, difficulties may arise. Such issues include bacteria, viruses, scaling, ionic contamination, and insoluble particles. Damage may also be experienced where extreme cases are involved and to avoid such damages, various measures are taken, such as anti-scaling inhibitors.

The catalyst used in this separation is an osmotic pressure gradient. For instance, a draw solution of high concentration is used.

When the vapor is pressurized and equals the ambient pressure, liquids start to boil, and the vapor pressure increases with an increase in temperature.

When the vapor cools and condenses, it’s collected as clean drinking water.

From the ocean, water is evaporated and separated through multi-stage flash distillation. After every flash, energy is utilized and released from the water vapor’s condensation from the previous process. Therefore, the condensed vapor is collected and packaged as pure drinking water.

This type of distillation works through several steps known as effects. Saltwater is then sprayed onto the pipes, then blasted with heat to produce steam.

The then generated steam is used to heat the next round of salt water. This process requires maximum temperature, hence using steam from another desalination plant or any other plant. This helps reduce cost and unnecessary limitations.

The desalination process can also be done the traditional way. Salt water is evaporated the natural way without the use of machinery to induce heat and evaporation. This type of desalination includes solar desalination.

Desalination through solar heat similar to the natural water cycle. Here, the sun heats seawater enough to induce evaporation. The water vapor then condenses on a cool surface where fresh drinking water collects.

There are different types of solar desalination used such as photovoltaic cells, which convert solar power into electric energy that powers the desalination process.

You can also utilize heat from the sun, also known as solar thermal powered desalination.

In this type of desalination, freezing is used to remove freshwater from saltwater.

During the freezing process, saltwater is sprayed onto a pad where an ice-pile is formed. When heat warms up, the previously frozen water is recovered as fresh and drinkable.

How do you Purify Salt Water in the Wild?

You might be traveling by sea and find yourself stranded on an island, either a desert island or a wild island. There, the only kind of water at your disposal might be seawater, which is unsafe for drinking.

Well, here is a way to desalinate seawater to fresh drinking water. If you have no other resources other than nature,

In this process, the water from the hole will evaporate due to the heat from the sun. The upper leaf will cool the fumes and condense them into droplets, which will drip into the collector leaf. This method becomes efficient, especially with no equipment to use.

In cases where you are on an island and find a plastic bottle, In this case, the saltwater evaporates from the smaller bottle and clings on the outside of the bigger one, and when it cools down, you tap on the sides, and the freshwater runs down to the folded part, and you have your fresh drinking water.

Effects of Saltwater on the Human Body

Seawater contains about 3.5 percent of salt. Other minerals such as magnesium, calcium, and sulfate are also components of seawater.

The sea is probably the place where you want to be the whole day. Swimming on the beach is one of the most fulfilling things to do. Did you know there are several effects of saltwater on your body and your health? These benefits can be positive or negative.

Seawater may prove catastrophic if you are consuming it in large amounts.

The kidneys get rid of salts in the body through urine and since seawater has a higher salt content than the cells, it can cause the cells to shrink and lead to dehydration, which can be fatal.

To avoid such incidents, you should drink a lot of fresh and clean water to dilute and stabilize the body’s salinity. Otherwise, the kidneys will fail, and severe dehydration will occur.

Moreover, the body tries to compensate for the loss of fluids by increasing the heart rate, and the blood vessels tend to constrict to maintain blood pressure. Consequently, you may feel nausea and weakness since the more the cells become dehydrated, the more organs fail.

If you don’t drink clean and fresh water to reverse the effects of more salts, your body will likely give in and cause a coma and organ failure.

1. How do you make seawater drinkable?

Seawater contains a high concentration of salt and other minerals, making it unsafe to drink. However, you can make it safe to drink by using desalination methods such as thermal distillation. Desalination plants are set up all around the world that filter seawater into fresh drinking water.

2. Can you make salty water into drinking water at home?

At home, the simplest method of desalination is boiling. Boil the salty water into a pot, place a smaller tin inside the bigger pot and cover with a lid.

The salty water will boil and evaporate, condensing under the lid. The fumes condense and pour into the smaller pot, giving fresh drinking water.

3. Can you drink ocean water?

Yes. But you need to purify it t make it safe for drinking.

However, if you have fetched some seawater from the beach, boil it for some minutes to kill the disease-causing microorganisms in the water.

And while it’s not advisable to drink it, if you are just curious, you can taste and spit.

4. How can seawater affect your health?

Seawater has several effects on the skin, which are beneficial to your health. Such benefits are curing skin acne, clears toxins in the large intestines and can be used to detox, and speeds up the healing process of scars. It can also improve your sleep as it’s known to reduce stress hormones.

Seawater can also negatively affect your health. With the high salt content, it can result in the shrinking of cells, because of dehydration and affect organs like your kidney negatively.

5. How does fresh water improve in dehydration cases?

Freshwater is suitable and recommended if you have consumed salty water, thus hydrating the body. The kidney is also able to rid the body of salts hence improving your general health.

Drinking salt water before partaking in a meal prevents fat accumulation and positively impacts the weight loss journey. It contains several minerals that can reduce cravings and stimulate bowel movement.

But you should be cautious to avoid dehydration.

The Best Water Purifier for TDS Less Than 200

What is the Best Water Filter Pitcher for Arizona? 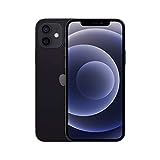 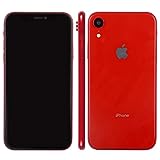