When were Bathtubs Invented

Those of you who enjoy spending time in the tub probably have your routine set up: plenty of bubbles, some scented candles, a great book and a tall glass of wine. The only way to decompress after a long day at work is to soak in your private pool. But how much do you know about your pool’s history? In the more than 5,000 years since it was invented, this ancient hygienic tool has improved tremendously. Here’s a brief rundown of some of the bathtub’s finest (and some of its more embarrassing) moments.

Ancient plumbing systems can be traced back to the Indus River Valley in India, where copper water pipes were discovered buried beneath the rubble of a palace nearly 6000 years ago. Likewise, archaeologists unearthed the ancestor of the clawfoot tub on Crete some 3000 years ago – a five-foot-long, hard-glazed vessel that resembled the clawfoot tub of the 19th century.

In the Roman Empire, bathing was a daily ritual for men and women between 500 BC and AD 455 that led to improved sanitation standards. Lead and bronze pipes were used along with marble fixtures, and a comprehensive sewer system was established. Public baths were the most common during this time, and private baths tended to resemble indoor pools usually occupying the entire room.

The collapse of the Roman Empire and the descent into the Dark Ages led to widespread sanitation shortages. By replacing bathing with perfume, bathing became unnecessary. As a result, there was a lot of waste dumped on the streets and in rivers that served as a source of drinking water. The slang term for the toilet, loo, is thought to have originated from the French saying “Gardez l’eau!” (say Gardyloo, meaning “mind the water”) before emptying chamber pots from apartment rooftops onto the street below.

When the Bubonic Plague devastated Europe, some cities attempted to improve sanitation by banning the practice of discarding waste on public streets. However, underground sewerage systems did not become widespread in European cities until the early 19th century.

It was Sir John Harrington who invented the first flushing toilet in 1596. Besides one for himself, he also made one for his godmother Queen Elizabeth. These are the only two that have ever been produced. Despite publishing a book describing Sir John’s invention, he was ridiculed into retirement for his foolish idea. Nobody else attempted to invent a flushing toilet until almost 200 years later. Samuel Prosser and Alexander Cummings both contributed to the reemergence of the water closet in 1775 and 1777, respectively.

In 1885, Thomas Twyford created a valveless toilet made from china, which revolutionized toilet manufacturing. Wood and metal were the most commonly used materials for water closets until then. The toilet was invented by Thomas Crapper, according to widely accepted reports. Not true. Although he owned a plumbing supply store in England and acquired the patent rights for a silent water waste preventer, the toilet was not invented by him.

Until the 1800s, most water pipes in the United States were hollowed trees. Bethlehem, Pennsylvania, hosted one of the first installations of cast iron pipe imported from England. New Jersey became the world’s first state to produce cast iron during the early 1800s. As a result of the National Public Health Act of 1848, the United States was given a plumbing code.

Enamelling cast iron bathtubs achieved a smooth interior surface almost simultaneously in 1883 by both Standard Sanitary Manufacturing Company (now American Standard) and Kohler. The first Kohler clawfoot tub was advertised as “a horse trough/hog scalder easily converted to a bathtub.” These tubs quickly gained popularity because of their extremely clean surface and ease of cleaning, preventing the spread of bacteria.

Many media sources present a completely untrue account of bathtubs and bathing history written by H.L. The German philosopher Mencken lived in 1917. Millard Fillmore installed the first bathtub in the White House in 1876 by Millard Mencken in his story “A Neglected Anniversary.” Mencken talked about laws prohibiting bathing, the first bathtub in America, and laws prohibiting bathing in public places. The author wrote the article as a lighthearted farce during a time of war. There is no truth to any of it, yet it is often cited in reputable publications.

In the years after World War I, the construction industry boomed in the United States. But, unfortunately, the bathrooms in those days consisted of a toilet, sink, and bathtub – mostly clawfoot bathtubs.

Yet in 1921, just one per cent of homes in the United States had indoor plumbing. The rural American way of life was still centred around outhouses. It was not unusual to find the Sears catalogue hanging beside the toilet thanks to its uncoated, absorbent pages in the outhouse.

As time passed, the once popular clawfoot tub gradually evolved into one with an apron front. In addition to a more accessible design, this enclosed style provided easy maintenance of the bathroom and more design options for the homeowner with coloured sanitary ware. U.S. bathroom fixtures in coloured finishes first appeared on the market in 1928 by the Crane Company.

However, soaking clawfoot tubs are becoming much more prevalent in today’s society due to their elegant style and luxurious appeal. Some homeowners are tearing out their built-in tubs and replacing them with reproduction roll rim footed tubs. There are now various styles and foot finishes for clawfoot tubs, ranging from the classic cast-iron style to the lighter weight acrylic style.

3300 BC: Construction of the Great Bath of Mohenjo-Daro is found in modern-day Pakistan. According to tradition, the bath has the “earliest public water tank of the ancient world,” and its maximum depth is almost 8 feet.

500 BC – 455 AD: The Roman Empire introduced the custom of daily bathing. There are public baths and private baths the size of modern-day indoor pools. Generally, people smell good.

500 – 1800: Bathing is almost completely ignored during the Dark Ages and is only done reluctantly for centuries afterwards. The world is ruled by perfume and a high threshold for B.O.

The first bathtub was installed in the White House in 1850.

In 1883, Kohler and Standard Sanitary Manufacturing Company (now American Standard) began manufacturing and selling cast-iron bathtubs. However, as Kohler recognizes that the trough is a more enticing product, they advertise their tub as a horse trough that can become a bathtub when added legs.

1909: William Howard Taft becomes stuck in the White House bathtub on his inauguration day and has a larger one installed.

1917: H.L. Mencken wrote “A Neglected Anniversary” about the bathtub, a fictitious history accepted as a fact by many. In an attempt to demonstrate people’s belief in anything, he carried out the hoax. It worked like a charm! There is confusion for years to come as these “facts” are repeated in numerous media outlets. One of these “facts” is mentioned in this blog post – can you identify it?

1968: Jacuzzi invents the spa whirlpool. “Hot tubs” are used as a therapeutic device for athletes and a relaxation tool for everyone else.

2008: Kia used a fictitious article by H.L. Mencken to create a commercial without acknowledging the false nature of the claims.

Best Sink to Use With Butcher Block Countertop

Does Bathtub Drain need a Trap 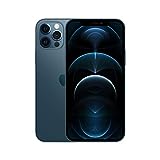